Once that news broke that the Falcons are being sold and relocated to Tuscon, it didn’t take long for new tenants to take up residence at the MassMutual Center. In fact, even before the Falcons had left, Portland Pirates, the team that now calls MassMutual home, was in talks about coming and making Springfield their home. As soon as Falcons left, Thunderbirds came into story.

Mayne people have taken the liking to the new team that the city now has. I have to say that I have been to a couple of games, and I quite enjoyed myself. It felt a bit like cheating, going to watch another team play at the same place where the Falcons played, but hey, a girl has to move on sometimes, hehe. 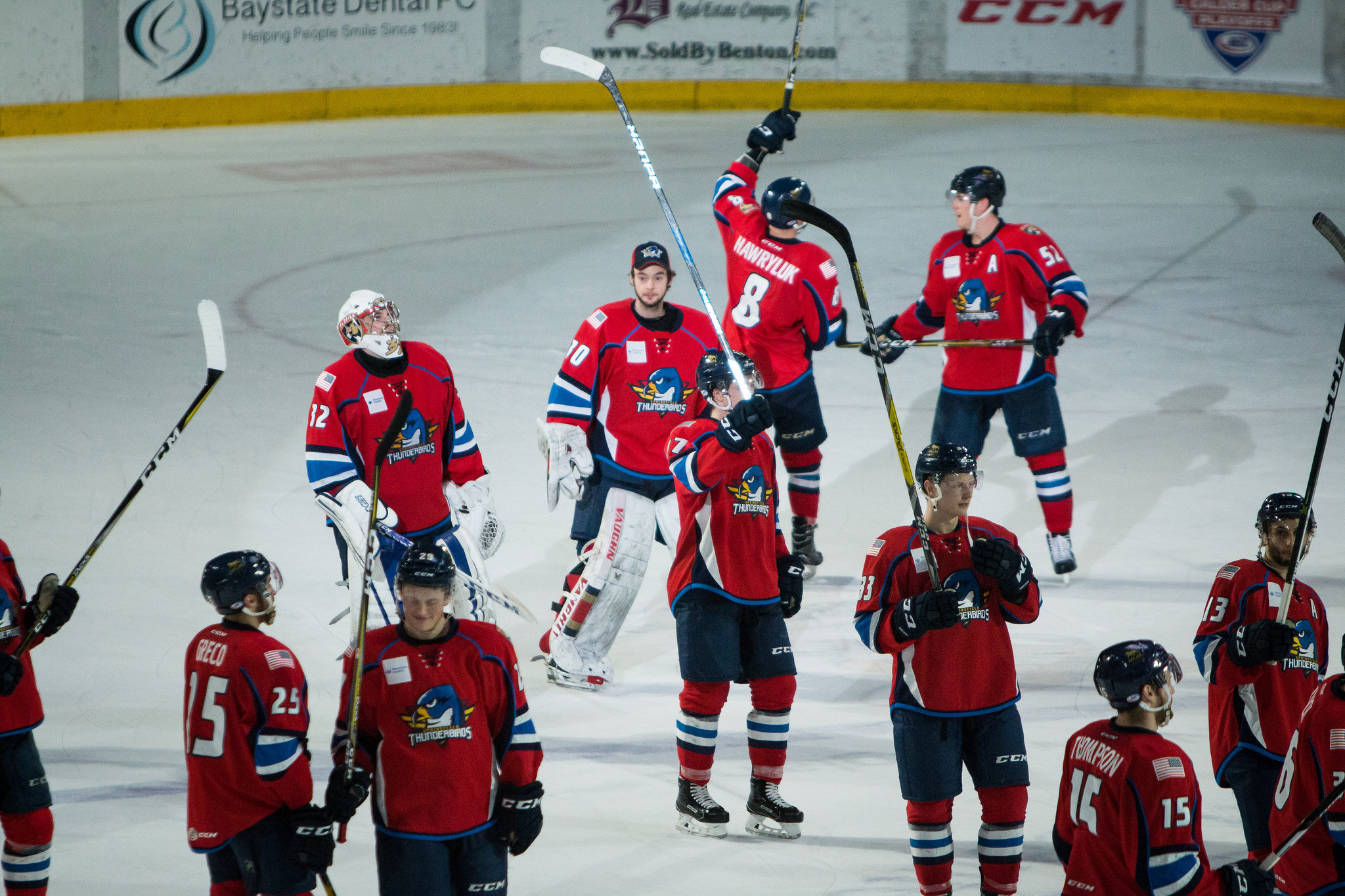 Their gameplay is average at best. They finished 6th in the Atlantic division which meant that they did not qualify for the playoffs. That’s a bit disappointing, but it’s to be expected really, since the team is fresh out of the oven, so to speak. They are probably still finding themselves in the new surroundings. We’ll see how things will play out next year, but from what I saw this year, things are looking really good for the Thunderbirds. I like how they work together and I’m sure next season we’ll see much better results.